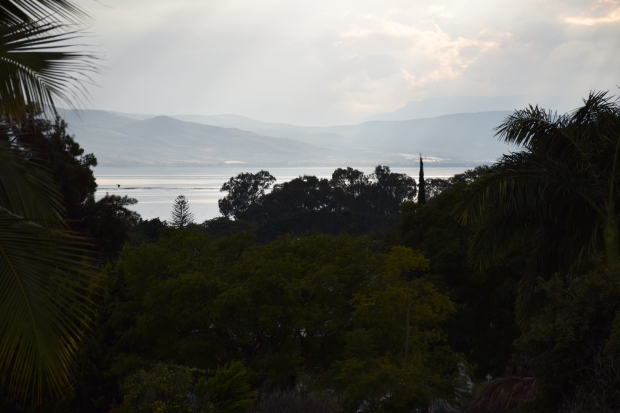 It’s been a long time, but once again, I am back – I decided that WordPress’ email advising me that they were going to charge my credit card for yet another year, and considering that I hardly wrote anything last year, I either had to bail on the blog altogether or try to get back to writing it to justify the ongoing expense. And some of my friends and family have said that they have missed it, so here I am with an update and hopefully some further commentaries as we close in on (May 6, 2017!) our actual tenth year anniversary living in Mexico.

This year has been fun, but hard in some ways, and even setting aside the political craziness back in the Ancestral Homeland, I am not sorry to see it be over with. We now have a beautiful, finished jacuzzi in our back yard and we are enjoying it whenever it’s warm enough to merit heating it up – but building it took eight months, and a bunch of dust, stress, and money, including the Monday-Saturday all-day-long invasion of a ton of workers digging and bashing around from 8 to 6 each day. We also completely redesigned the front entry to the house, with a high new wall, built by Rosa’s husband Jose Luis. It turned out beautifully but the disruption with construction both in back and in front of the house  was a lot to deal with.

Then in other sorta bad news, it turned out that in the middle of all of that, Arnold needed three new stents put in, so off we went to the hospital in Guadalajara for an overnight visit  and had to deal with that. Then shortly thereafter,  I was diagnosed as diabetic and immediately put on medication – which didn’t last too long because I completely rebelled against it and decided I could manage it on my own with my diet. Probably this is a topic for its own separate blog post, it occurs to me now. We also had to put our beloved little Abyssinian kitty Rosie to sleep when she developed a fatal cancer, which she battled bravely until the very end. It was very difficult and we still miss her.

We continue to support Rosa’s daughter Sofia, now in her second year as a law student  at ITESO, one of the best private universities in Mexico. She is doing brilliantly and absolutely loves being a college kid! She turns twenty on Thursday and we’ve planned a celebratory luncheon at a really pretty restaurant here in town (she picked it) for her and her family. The younger kids are doing well too – Nicol and America entering Secundaria (middle school) in the fall, and they are benefiting enormously from the much better quality of education available in an excellent and established Jesuit school. Carlos, the youngest, goes into fourth grade and he is also doing really well and adorable to boot.

Today being Christmas Day, the whole family came over for presents and comida – two days ago I had an enormous party to celebrate my 70th birthday (subject of a separate post, I promise!) so I was way too tired to actually fix food for everyone – we got some pizzas from Domino’s, which fortunately was open today, and called it a day.  Every year the whole family – Rosa and Mirella – who clean my house, and Dani, who does a lot of the handyman tasks – comes over for presents – most of which are practical things and clothing for the kids, which they desperately need) – lunch, cookies, and margaritas on the terrace for the adults. I really enjoy having them sit down on the sofas out on the terrace,  and I bring the margaritas out on a tray for THEM, for a change.

It should be crystal-clear looking out my second-story office window this weekend, but it’s hazy and my contacts sting a bit. The Colima volcano has been erupting on and off for the last few days and if the wind is in our direction, we get a bit of the the dust and ash here. Hopefully it’ll settle down and the sky will clear over the next few days, perhaps in time for New Year’s.